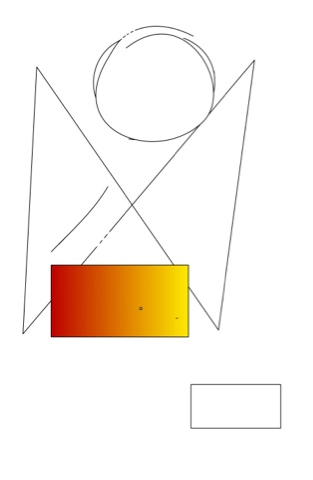 Who said painting on an iPad isn't messy? Here is the brilliantly chaotic mess I made on the Inkpad app I gifted myself this morning (it's my birthday!). After perusing most of the iPad for Artists book I've mentioned in a previous post, I believe I'm going to be acquiring a number of new apps. This particular app is completely different from the other ones I currently own. The programs I've used previously are pixel-based, which allow for texture and nuance, but the images become blurry if you want to enlarge them. Inkpad is vector-based, which doesn't allow for as much nuance but does make enlarging images possible without blurriness or pixelation. Apparently this type of app is good for line art and icons, and I believe exploring this will increase my range of possible artwork in the future.

Welcome to My Online Play Place!

Let me admit up front: I don't know what I'm doing. And that excites me! I am diving headfirst into the unknown, bringing all of my experiences, passions, hopes, and wonderings with me.
What will this blog include? As far as I'm concerned, almost anything could show up: beauty, peace, authenticity, quirkiness, surprise, joy, rest, humor, and many, many other things. Let's roll the dice and see what comes up!
So, join me for the journey. It will be an adventure! And it will be FUN!!!